We’ve reached the halfway point now, although in terms of work, we’re closer to the finish line than the start. Last weekend was packed with work – full days of scratches and almost back-to-back shows. Much of it has been lovely, really really nice. But while that makes for an enjoyable afternoon with a cider and a few mates, another festival visitor suggested that across the whole theatre industry, there was simply too much work being made that didn’t affect the world around it, didn’t leave any lasting mark on its audiences. There’s a fine line, after all, between ‘lovely’ and ‘inconsequential’.

Last night’s programme was different; totally energising. Two political works, and then a third which sticks two fingers up at classical acting. Fists it, basically.

The first was The Beanfield, by Breach, which I first saw in a really really early preview before last year’s Edinburgh. Back then, it was on an awkward stage in a too-small venue, and I think I mis-read the whole tone of the piece. I didn’t see what it was trying to say about pretence and remembering at all. Now, at the end of the show’s journey, and after many audience members had seen what I had missed, I got a genuine, physical full-body tingle as they read the string of emails that forms the first scene. The Beanfield is a show that mixes documentary filmmaking with historical re-enactment, and tells the story of the ‘battle’ of the beanfield, when a convoy of travellers on their way to Stonehenge for the 1985 summer solstice were attacked by police. Their homes burned and children taken away, the lo-fi DIY re-enactment by Breach loses none of its potency, and as I fought back tears, I realised that part of what made it so special is that none of these company members were even born in 1985. If those involved won’t right those wrongs, then a new generation must keep the story alive.

A Machine They’re Secretly Building, by Proto-type, is about the worldwide digital surveillance culture that began in the post-war period and boomed with the arrival of the internet. Our online data is being stored without our consent. Even before the guys at the New Wolsey post this online, a copy of it will sit in a huge data storage facility in Utah, because it’ll be taken right out of the email I send to Jeni and Jack from the theatre’s marketing team. Proto-type’s show is fascinating. It is heavy with information, and probably strongest when it represents facts over speculation, but is structured so well that it never feels like reading some dry essay. The space is well constructed too, with performers reading from what look like ‘top secret’ Cold War spy files from an old metal filing cabinet, but also live balaclava videos, like a Pussy Riot intervention. Simple but striking. 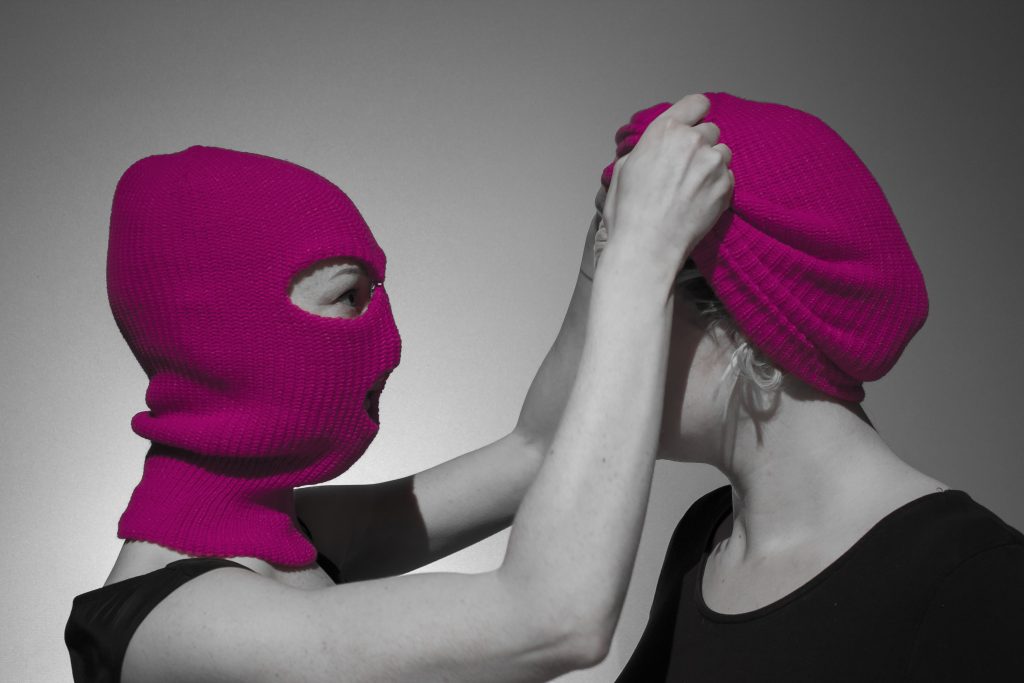 After that, it was back to another show that I haven’t seen since it was nowt but a work-in-progress. My first encounter with Barrel Organ’s Some People Talk About Violence had felt like witnessing alchemy; the magical formation of something right in front of you. I knew that the company were keen to mix up roles and swap members of the ensemble, but I think I’d always kinda assumed that something about the show would eventually become set, or fixed, or otherwise done. Not so. Some People Talk About Violence remains so fresh and relaxed and elastic. And joyful. Mixing up a story about depression with light-hearted skits and games isn’t just a pacing technique either – it’s representative of the weird, episodic nature of life; the way that someone living in a bubble can get pushed to the edges of everyone else’s narcissism. The girl is only ever in the peripheral vision of her family and friends, and her audience too. The fact that my abiding memory of last night will probably be the two cast members spitting biscuits at each other, is a replication of the way we turn away from sadness wherever we are.

These three shows – unflinching and important – have left me feeling totally recharged for this evening’s work. I kinda can’t believe I’ve never seen Sh!t Theatre before. So pumped to put that right.