In yesterday’s post I was talking about one of my main priorities as the Pulse blogger; to find those fleeting moments of togetherness that make a festival a festival, rather than just a collection of shows. Of course, I’m wary of that objective turning me into some kind of hippy. Togetherness doesn’t necessary mean agreement, and communities don’t always see eye to eye. Maybe the thing I’m actually looking for is something closer to presence, and a feeling of sharing something, even if that’s just a common problem.

I was also talking yesterday – showing off really – about all my newfound Ipswich knowledge. Well, forget Ipswich; last night I went to Preston.

Andy Smith’s Preston Bill has got a great name. It’s about a guy called Bill from Preston, yes, but it’s also a journey through social and political change, the laws and policies that steer it. Bill (the man) lives through wartime, the welfare state, national service, the three-day week. As his career progresses, so does his involvement in his union, until both are disempowered. The actions of governments manifest themselves in Bill’s life. As they do in all our lives. 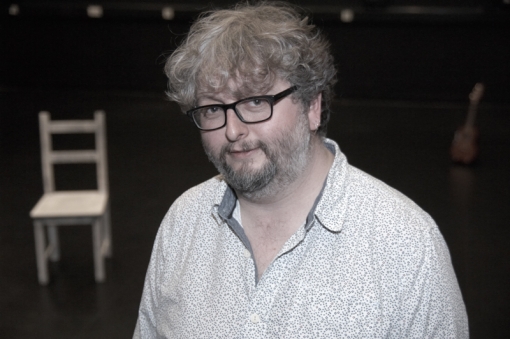 This show could be shit. For starters, it’s just one guy and a chair (yawn) and worse: there’s a ukulele on stage throughout. The ukulele is objectively the worse instrument of all time, and its theatrical prominence can be blamed on an ancient curse. Now, Andy Smith is an affable guy, but for at least half the show that ukulele emits an overwhelming sense of menace. It’s basically Chekhov’s Ukulele: if it’s visible to the audience, at some point he’s going to play it, and we’d better just brace ourselves.

When it comes though, turns out it’s that moment I’m looking for. That togetherness. The story of Bill’s life is interrupted so Andy can sing to us a union song, and teach to us it’s chorus.

We’re shit at singing, obvs. I do a bit of a half mumble but daren’t raise my voice above the consensus volume so it kinda comes out like a stage whisper. There are some piss-poor efforts nearby too. But it doesn’t matter. The song isn’t there to be a jolly interlude. It’s a reminder that, once upon a time, thousands of people were in unions, actively and wholeheartedly. It’s a reminder that the culture of solidarity amongst working people has been dismantled within one generation. It’s a reminder that bills and policies being discussed in parliament now are designed to serve nothing (and nobody) but a theoretical economic model. It’s a reminder that another type of life, within living memory, is now all but gone.

While there’s something about being in an audience that naturally brings people together, in spirit as much as location, this kind of togetherness is more like a shared separation. That’s a good thing btw, testament to Andy’s subtlety of writing and delivery. This show – this warm, moving storytelling show from this smiley, affable man – is ultimately about collective desolation. I mean, how distressing that it’s the The Preston Bill’s singalong – its single moment of interactivity – that shows us how fragmented and apathetic our social democracy has become.

Join me tomorrow for more upbeat, laugh-a-minute impressions of Pulse 2016.