I’ve been reading the wikipedia page on Ipswich. It’s like my pre-Pulse homework. You can test me if you like.

I know about Thomas Wolsey[1], the theatre where the Beatles played[2], and the time Ipswich Town won the UEFA Cup[3]. I know where the tallest building is[4], and what it’s called[5]. I know about the ship burial at Sutton Hoo[6], I know what Henry VIII and Katherine of Aragon came to the town to see[7], and I know the name of the company that built the first motorised lawnmower[8]. I know which book Dickens based in Ipswich[9], and which writer took the piss out of the people he met here[10]. I know about the maximum recorded temperature[11]. 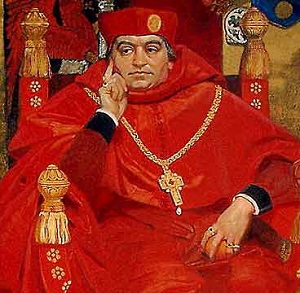 Thomas Wolsey, waiting to hear if he can open the house.

I know that Ipswich is the oldest continually inhabited town in England. Apparently Colchester was a thing first but everyone there ran off after a while, so Ipswich gets the title. I guess everyone from Ipswich who didn’t travel the world to found new lands in its name (as was the case with Nathaniel Ward, first minister of Ipswich, Massachusetts) decided it was quite a nice place to be.

My name’s Meg, and I’m going to be writing about/to/from/beside Pulse, for the next 11 days. I’ve been to Ipswich before, but I pretty much only know the stretch of road from the station to the New Wolsey (there’s a dog at my digs though, so I’ll probably never leave). It’s the first time I’ve done something like this. In the past I’ve resisted opportunities to ‘embed’ myself into a festival, or the journey of a particular show. That’s partly because I didn’t trust myself to retain any kind of impartiality (most people are quite nice, and telling nice people that you don’t like their work is horrible), but also partly because, in the case of festivals at least, location and environment is so important.

When I learnt about the history of festivals at uni, I learnt about the idea of carnival, and harvest, and celebration of both the land and the people that live on it. I learnt about the way community emerged from patterns of social behaviour. Now, I’m not from Ipswich, so while I may know that Broomhill Pool opened in 1938 and closed in 2002, I can’t pretend that what I’m doing here at Pulse for the next 11 days is anything like an act of reportage on behalf of Ipswich’s theatre festival.

Communities though, I like to think I know a bit about them. For starters, there’s one in my phone. There’s one in every auditorium I visit, even if only for an hour at a time. And there’s one that zig-zags the country, runs the length of our road and rail networks, connects all the theatremakers presenting work at Pulse this year: they are touring artists. They visit towns like Ipswich regularly, get in and get out of theatres like the New Wolsey sometimes several times a week. They pile out of vans on not enough sleep, and they make weird, clever, funny, thoughtful things come to life for a room full of people they’ve mostly never met before.

‘Embedding’ myself in a festival doesn’t just mean seeing everything and writing about the way shows work together; it’s about finding the festival ethos within the festival programme. Looking for an expression of community, whether that’s a community spread across a non-metropolitan district with a population of 133,384, or 100 people sitting next to each other in the dark. Or just 5 best mates who only get to hang out after they’ve packed their kit back into the van for the night.

[1] off of Hilary Mantel

[4] on College Street, by the waterfront

[7] the Marian Shrine of Our Lady of Grace