Following the runaway success of the New Wolsey Theatre’s production of Our Blue Heaven in Spring 2018, the theatre is delighted to announce plans for a sequel to the hit actor-musician show to celebrate the theatre’s 20th Anniversary. The sequel will explore the highs and lows of Ipswich Town’s victorious UEFA Cup run in 1981 and celebrate the 40th Anniversary of events in Spring 2021. 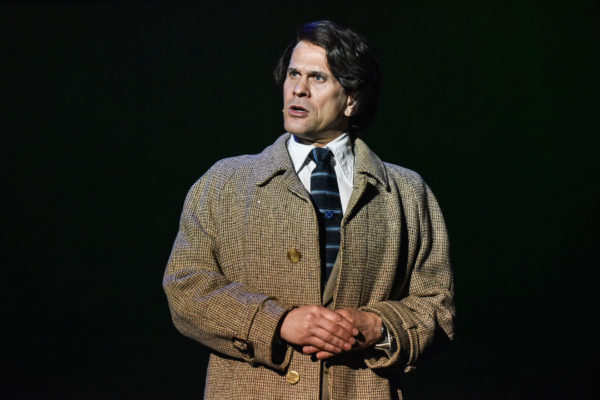 Peter Rowe, Artistic Director at the New Wolsey Theatre, said; “2021 will mark a historic moment for the club and the theatre, as we celebrate 20 years of the New Wolsey Theatre too. We are committed to sharing stories that resonate with the local community and it was wonderful to see the response to Our Blue Heaven from those that remembered the victory and those younger supporters who could relieve the memories they had heard so much about.”

“It was the stories that we received after our call-out for Our Blue Heaven that really made the show so popular, there were stories that people could identify with. Everyone had a story about where they were in 1978 and there were some particularly poignant ones that helped me formulate the storyline – particularly the young man whose dad had sold their coupons for the FA Cup Final and they had never spoken about it since. I know that there will be similar stories and adventures to share from 1981 – against a changing society and emerging pop culture too, this was a great year for music. We need the public’s support and memories to achieve such a great show once again!”

Winning the UEFA Cup in 1981 earned Ipswich respect across Europe, and left a legacy of new Town fans across the Continent. Not just for winning, but for the way in which the team achieved success, playing daring, attacking football. For Bobby Robson, already a club legend for the 1978 FA Cup win, ‎the UEFA Cup was the first international success of his career that would lead to him taking England to a World Cup semi-final, and achieve honours at some of Europe’s greatest clubs, Sporting Lisbon, Porto, Barcelona and PSV Eindhoven.

It could have all turned out so differently. Bobby’s rebuilt Town team of 1980/81, with Dutch midfield maestros Arnold Muhren and Frans Thijssen, so nearly won the League (losing out to an Aston Villa side who played far fewer games), and FA Cup (losing in the Semi-Final v Manchester City). The fixture pile-up caused by cup success, domestically and in Europe, was so nearly too much for a small squad.  What could have been the greatest season in the club’s history, was so nearly the most bitter disappointment‎.

Elizabeth Edwards from the Ipswich Town Heritage Society says; “Just the UEFA Cup remained of our dreamed-of Treble. But could our tired, drained team raise themselves one last time, for the home and away games v AZ Alkmaar? Could the fans still believe in the team, in Bobby himself?  Ipswich Town had never lost at home in Europe – but was that an omen, or a weight around their necks? Those amazing nights (UEFA Cup games played midweek, under floodlights – where the game was brought to life at Portman Road), that fantastic team. And John Wark, who scored 36 goals that season from a defensive midfield position! Those of us who did live through it, we are the lucky ones.”

As part of the creation of the show, the Theatre is asking for stories from those who were caught up in the events of 1981, whether they attended the matches or not, from the FA Cup run, the League matches or the UEFA Cup run. Stories that are funny or quirky, co-incidences and twists of fate, the scramble for tickets, the making of banners, trips to Europe – and even if you were not a fan or supporter but got caught up somehow in the events of 1981, the theatre would be delighted to hear from you.

Ipswich Town Heritage Society is co-ordinating the collection of these reminiscences which will also be used as part of the ITFC Heritage Society exhibitions, and by the East Anglian Daily Times and Radio Suffolk to commemorate the victory in 2021.

Send your stories directly to the Heritage Society, including your contact details, to 1981itfc@gmail.com using the subject line ‘UEFA 1981 Memories’.

The potential of this follow-up production celebrating Ipswich Town’s success has already received pledges of continued support from Ipswich Town Football Club, Radio Suffolk and The East Anglian Daily Times, who, working together with the theatre, hope to enable the show to become a reality and who all provided their support for Our Blue Heaven too.